The mission of the Research Park at FAU is to promote scientific research and development in affiliation with FAU and to foster economic development in Broward and Palm Beach counties. Once again, the work undertaken with vigor by the professionals, researchers, educators, innovators, and entrepreneurs who call the Research Park at FAU home, advanced the mission, broadening and strengthening the economic base of our region.

Broadening the Economic Base

MobileHelp collaborated with Samsung to advance personal safety with a groundbreaking new product solution – a smartwatch with emergency response capabilities. MobileHelp leveraged Samsung development technologies to create the integrated solution, which is protected on the device by Samsung Knox, Samsung’s defense-grade mobile security platform. As with other MobileHelp solutions, MobileHelp Smart utilizes GPS technology to give users the peace of mind that they can summon help 24 hours a day, 365 days a year.

Decora, which expanded into the Research Park at FAU in 2015 after being founded in Brazil in 2012, was acquired by CreativeDrive in a structured deal, potentially worth in excess of $100 million. CreativeDrive is an accelerated CGI engine with a client roster of marquee retailers. The company has streamlined the creation of 3D product models/SKUs and hyper-realistic CGI scenes and created the most scalable solution available to marketers to date. Decora offers clients product images, visual scenes, 360-degree videos and augmented reality ready files making content future proof for today and tomorrow’s consumer engagements. Technology, scale, quality and cost efficiency set Decora apart from others in this space.

In 2017, Decora increased its asset production volumes by over 1,000%. As of March 2018, Decora was delivering over 15,000 images and over 7,000 scenes a month via a combination of their full-time talent and growing community of 3D designers.Research Park Catalyst Fund resources were to sponsor Decora’s participation in GrowFL economic gardening strategic research yielding positive results. For example, Decora’s focus was on the Marketing Dynamics framework in which the market research data validated the size of the company’s market.

Using the market research data along with the program provided materials, Decora prepared market projections, financial forecasting and valuations which were ultimately used to present to prospective investors. Having developed deep links to South Florida’s economy and FAU, Decora expanded its presence in the region, moving into larger corporate office space in Hollywood in Broward County.

Modernizing Medicine is six-for-six on South Florida Business Journal’s Florida Fast 100: appearing on the List every year that it has been in existence. The company, which developed a mobile, specialty-specific intelligent electronic medical records system, has grown from $300,000 in revenue in 2010 to $110.9 million in 2017.

Modernizing Medicine ranked 1731 on the Inc. 5000 list for 2018, its fifth time being included among the fastest growing companies in the United States. In addition, the company ranked #307 Fastest Growing Company in North America on Deloitte’s 2018 Technology Fast 500TM. The Technology Fast 500 is the leading technology awards program. Combining technological innovation, entrepreneurship, and rapid growth, Fast 500 companies—large, small, public, and private—hail from cities far and wide across North America and are disrupting the technology industry.

Daruma Tech Academy was developed in close collaboration with FAU faculty to supplement the APPtitude program. It offers students a deeper dive into the programming and design skills needed to create effective, high-impact digital assets.

In the first two daylong modules of the apprenticeship program, APP-titude students are introduced to the software applications they will eventually use in their FAU coursework and learn about the major topics and issues they will address in their classes. Subsequent modules cover topics including video editing, 3D modeling, and photogrammetry (the creation of 3D models from photo composites).

Zimit develops a CPQ (Configure Price Quote) application, but not just any CPQ.  Most CPQ software is designed to help sell products with lots of options, very efficiently. Zimit’s CPQ is designed to sell services, often shaving off days or weeks from the process, as services quoting is still mostly done using spreadsheets.

Zimit is off to quite a start, attracting well-known companies as customers since joining FAU Tech Runway in 2018, including Ellucian, Siemens, Alight Solutions, and Conduent, just to name a few.

FAU’s A.D. Henderson University School and FAU High School announced a $1M gift from Daniel Cane, CEO and co-founder of Modernizing Medicine and his wife, Debra Cane. The gift will establish The Cane Institute for Advanced Technologies and serve as the schools’ epicenter for research, education and technology transfer.

The Research Park awards recognize distinguished contributions to the Research Park’s mission to create and sustain the ideal environment for innovation and invention, maximizing the academic and entrepreneurial talent and regional resources in South Florida to accelerate economic development and prosperity.

The award recipients for 2018 were:

Distinguished Researcher: Gregg Fields, Ph.D. is a professor, chair of the Department of Chemistry and Biochemistry and director of the Center for Molecular Biology and Biotechnology in FAU’s Charles E. Schmidt College of Science. Fields applies chemistry in novel ways to answer important biological questions, many of which assist in the diagnosis and treatment of major diseases, such as multiple sclerosis, arthritis and cancer. He is a fellow of the National Academy of Inventors and a fellow of the American Association for the Advancement of Science. He is a renowned researcher who holds six U.S. patents and has one application being reviewed. The technology developed by Fields has resulted in three commercial products, currently sold by five different companies. He has authored or coauthored more than 260 scientific publications and has presented more than 190 invited lectures.

Distinguished Entrepreneur: Daniel Cane is the chief executive officer and co-founder of South Florida-based Modernizing Medicine, Inc., a healthcare IT company that is revolutionizing the way in which healthcare information is created, consumed and utilized to increase practice efficiency and improve patient outcomes. Joining the Research Park in 2012, Modernizing Medicine has grown to more than 650 employees and has raised more than $332 million in total investment. In 2016, the South Florida Business Journal named Cane as a “South Florida Ultimate CEO.” In 2015, he was named “EY Entrepreneur of the Year®.” Cane earned the Excalibur Award for Palm Beach Small Business Leader of the Year for 2013. Additionally, he also was named “Palm Beach County Ultimate CEO” by the South Florida Business Journal and “CEO of the Year” by CEO World. Furthermore, he and his wife, Debra, donated $1 million to FAU’s A.D. Henderson University School for STEM education initiatives.

Distinguished Leader: Steven L. Abrams was a member of the Palm Beach County Board of County Commissioners from 2009 through 2018, winning re-election twice. Abrams has a lengthy record of public service. He is the former mayor of Boca Raton, elected in 2001 and was re-elected in 2003 without opposition. In the 2005 election for mayor, Abrams received the most votes in city history and was later named mayor emeritus when he stepped down in 2008 due to term limits. Abrams’ work in regional transportation has been instrumental in the success of the Research Park at FAU’s access to Tri-Rail and the new I-95 interchange at Spanish River Boulevard, making the Research Park at FAU the only research park to have a direct on-ramp to an interstate.

Distinguished Organization: Small Business Development Center at FAU delivered substantial consulting and training services in 2016 that resulted in a significant return on investment, including delivering more than 13,000 hours of consulting to 1,360 entrepreneurs at no cost. The SBDC’s services resulted in the creation and retention of almost 6,000 jobs in our region and generated almost $700 million in sales. The SBDC’s role in Florida’s economic development by assisting entrepreneurs in every stage of the business life cycle is invaluable and an important complement to the greater FAU community.

Established in 1985, the Research Park at FAU is widely regarded as South Florida’s laboratory for new entrepreneurial ideas and technologies. The Research Park at FAU is governed by the Florida Atlantic Research and Development Authority, an independent special district created by Florida Atlantic University in partnership with Palm Beach and Broward counties, organized under Chapter 159, Part V, Florida Statutes.

The Board of County Commissioners of Palm Beach and Broward counties each appoint three members to the Authority and the president of Florida Atlantic University, or the president’s designee, is a member and serves ex officio, as established by Florida Statutes and county ordinances.

The Florida Atlantic Research and Development Authority gratefully acknowledges the support of the Palm Beach County Board of County Commissioners and the City of Boca Raton. 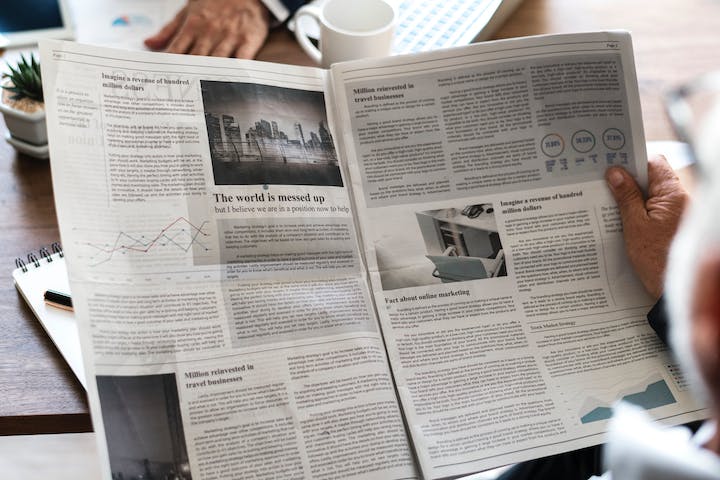 Sign up for updates from Florida Atlantic Research and Development Authority